Places to visit around Cluj-Napoca

Cluj and its surroundings provide a convenient taste of some of the greatest things that all the rest of Romania has to offer.  Come and try it all!  Float in the salty lakes – Cluj’s miniature versions of the Black Sea. Watch the newly hatched ducklings swimming around on the Somes River – Cluj’s local version of the Danube Delta. Visit a historic castle in Bontida. Hike through natural forests and explore caves in the nearby Turda Gorges.  Strap on your skis and hit the slopes on our very own ski resorts.  Everything Romania has to offer can be found in representative form in and around Cluj-Napoca. 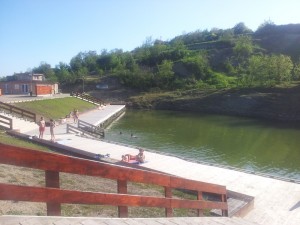 1.  Cojocna Baths. Less than 20km away from Cluj, Cojocna Salt Lakes are my favorite place to relax and cool off from the hot sun in the summer.  The two lakes are formed above former salt mines and the water is so salty that you can just lie in water and it will support your weight. Added to all that, the salty water is known to have therapeutic properties, my favorite is: it softens the skin and if you have any minor scratches, by the time you go home they are healed. There is also a sand beach for volleyball, badminton or even building sandcastles. BBQ is also one of the treats of the facilities of the Cojocna Baths. If you are a vegetarian there are grilled mushrooms and zucchinis and corn so that you can also have a delicious grilled meal.  The Clujans see this place as a closer version of the black sea resorts, but just 30 minutes from home instead of 13hours. 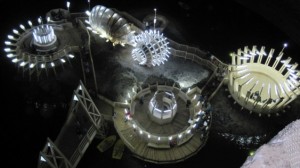 2. Turda Salt Mine. The Salt mine got a face lift in 2010 with the help of European Union Funds and now it counts over 1.5 million visitors per year.  Maybe you will wonder why? The secret lies in the underground carnival – complete with Farris wheel, table tennis, mini-golf, mini bowling and a pond with rowboats – all 15 stories underground. The atmosphere inside the mine has been described by other backpackers as being one of a since-fiction movie. The location scouts for the new Batman movies considered using the mine as a film site for the series.  Some 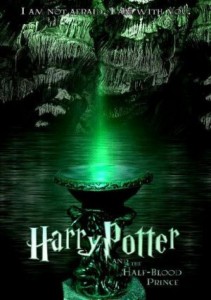 others say that the pond reminds them of the lake of Harry Potter in the 6’th book, the Half-blood Prince. The entrance to the mine begins with a long corridor. The first chamber you will reach is the Echo Chamber. Scream your name into the depths and hear it shout back up to 16 times! Some go there for therapeutic reasons, because the salty air inside the mine is believed to cure respiratory problems. Just outside the mines are 2 salt lakes where you can float around as you please and is great for a refresh in the summer. The Tura Salt Mine is one stop that you shouldn’t miss when visiting Cluj, regardless of the season.  The constant underground temperature of 12°C keeps you cool in the summer, warm in the winter, and impressed year round. 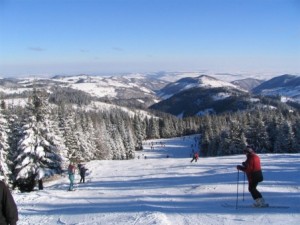 3. Baisoara Resort. In winter Baisoara is MY place to ski in Cluj because it is just 50km away, only one hour by car. Baisoara is the ideal place for outdoor sports. There are two ski slopes there. One is the Buscat ski slope that is at a higher altitude and offers beautiful views over the Carpathian Mountains.  The other is the Onix ski slope, where the snow is better maintained and is located next to the Onix Hotel. Equipment rental is inexpensive and located conveniently in front of the hotel.  Both slopes have little bar areas where you can enjoy the view and warm up with some hot drinks like tea or boiled wine and BBQ after a few runs down the slopes. There are daily Shuttles to the Ski resort.  If you are interested, just ask for more information at Transylvania Hostel when you get to Cluj. The altitude is 1200-1500 meters, and the snow filled mountains and fresh air are ideal for relaxation. 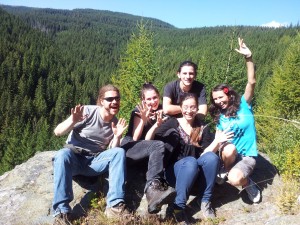 In summer, the Baisoara Resort is a great place to start on hiking trips to visit the Scarisoara National Park with rare plants and impressive cliffs or to hike on top of the mountain to “Pietrele Marunte” (the little stones)  On a clear day you can see 7 chains of mountains and hills from this picturesque spot.  A unique experience would be to visit the mountain villages and huts that are scattered in the valleys of the mountains and take a ride on a toboggan (in winter) or a horse-drawn carriage. 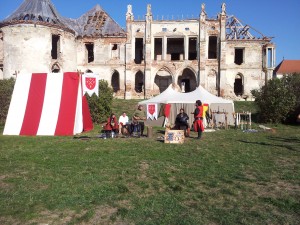 4. Banffy Castle in Bontida.  This Castle was called the Little Versailles before the Second World War because of its beautiful gardens and architecture. Lord Banffy was one of the Generals of the Hungarian armies in the war. He sacrificed his 500 year old family castle in order to save the city of Cluj from being destroyed. After losing the city of Turda, Banffy decided not to move the battle’s front line to Cluj and instead retreated until Oradea so that Cluj would be saved from the destruction of war. The German troops, supposedly his allies, burned his castle when they were retreating from Russia as a form of disciplinary punishment.  Today the Banffy Castle is being rebuilt by volunteers from architectural faculties of Europe and funded by Transylvanian NGO’s, one of them being the NGO funded by Prince Charles of Great Britain. Through their efforts you can see the grandeur that the Castle once had to offer slowly reemerging from the ruins. Today there are different medieval events organized at the castle, such as period reenactments and sword battles between the Mediaeval Clubs from around the Country. It is worth a trip to spend a nice afternoon enjoying a medieval atmosphere. 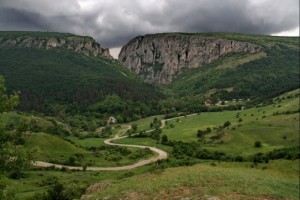 5. Turda Gorges.  One of the locals’ favorite places for picnics and enjoying the great outdoors are the Turda Gorges. The area is a natural sanctuary, with an amazing landscape: abrupt cliffs, straight walls (appreciated by rock climbers), wild vegetation and caves. The path that leads between the big cliffs is easy accessible and very well maintained. Don’t forget to look up and admire the beauties that tower 80 meters above your head and the small waterfalls that are formed from them. The path that leads over the cliffs is especially recommended for hiking and adventure enthusiasts. The Turda Gorges, Cheile Turzii in Romanian, is 10Km away from the city of Turda and can be reached by bus until the Cheia Vilage, by taxi (25lei) from Turda, or by personal car. 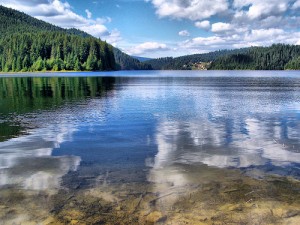 6.  Tarnita Lake. 20 km outside of Cluj are four water dams of fresh mountain water for Cluj. They were built between the mountains during the communist era, in order to produce electric energy and ease the water delivery for Cluj. This area is known for fishing and waterskiing in summer and for its picturesque autumn landscape when the red, brown, and yellow leaves reflect themselves in colorful images across the water. Tourists can visit the dam, take boat rides or enjoy the local fish cuisine in the surrounding restaurants. My favorite stop is the Restaurant in Gilau where you can admire the lake and its reflections of nature from the outdoor terrace. Strange But True: On the floor of the Belish Lake, a flooded village sits fully intact underneath the water.  During particularly hot summers when the water level is low, you can see the cross from the church tower piercing the surface and sticking up out of the lake to remind the world that it is still there. For an unusual experience diving clubs go and explore the underwater houses of the former village of Belis. 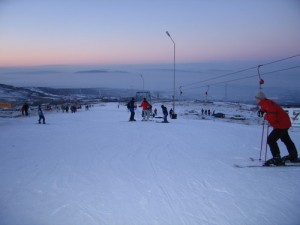 7. Feleac Slope. This ski slope is on the highest hill of Cluj, Feleac (800m).  The slope is 500 m long. It is ideal for sledding and for novice skiers looking for a gentle introduction to the sport. Feleac is particularly appreciated for its proximity to Cluj, (just a few kilometers away) and locals use it during winter time for short skiing sessions during the afternoons. 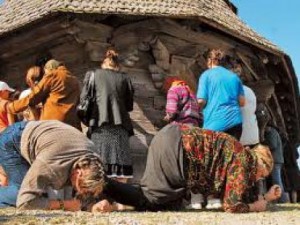 8. The Nicula Monastery. The Nicula Monastery is an important destination for religious pilgrims, and famous for its painted icons on glass and wood. Both of these traditions originated from the “miracle” that took place in 1699 when the Icon of the Mother of God began crying and continued to shed tears for 26 days straight.  It is believed that her tears were a forewarning of the bad times that were about to befall monastic life and the entire Orthodox Church of Transylvania in 1700.  From this moment on, the icon became the hope and salvation from serfdom, illness and all sorrows.  To this day the faithful still make pilgrimages to the monastery on foot or on hands and knees to proclaim their sorrow and pain to the icon. Constructed in 1552, the original monastery burned to the ground in 1973.  The structure that stands today is an 18th century church, picked up and relocated from the nearby village of Nasal to take the old monastery’s place.  The tradition of painting icons is still alive and well today at the monastery, and visitors are likely to see pilgrims crawling on their knees and singing to the Mother on their way to the church.